So you’re a business owner or executive and you want to handle a crisis with ineptitude and enrage your important business partners, all your employees, and your target audience, right?  Then study today’s press conference by NFL Commissioner, Roger Goodell.

I’ve been a huge football fan and followed the sport since 1974 when I was 9 years old. Over the decades, we’ve all witnessed crises occur for what has become the premier sport in the United States. Never have we witnessed the erosion of trust that has happened only in the past few months, with a climax of a fiasco such as today. I have no doubts Roger Goodell is a smart guy. He just didn’t show it today.

Heck, throw in a clown from the Howard Stern show that makes a scene right in the middle of the press conference and is dragged away screaming “Not the elevator…don’t take me to the elevator!” (Mocking the ray Rice elevator incident) and you have the makings of a huge calamity. That was a nice scene…NFL bouncers dragging someone away in front of the nation.

Crisis communications is critical after a catastrophe. Ask former BP CEO Tony Hayward who publicly exclaimed that he only wanted to “get my life back” after the Gulf oil spill. He is toiling somewhere in Siberia now and it took BP years to regain its reputation. This press conference (Goodell was silent for the past 2 weeks, other than a CBS News interview) was a great opportunity to fix some real problems. Unfortunately, Mr. Goodell’s performance only exacerbated them. Football pundits and NFL players on Twitter widely panned it. The results are exploding in real time across social media platforms and television.

Crisis communications mean everything when it comes to protecting your reputation and brand. Your employees, your supply chain, your business partners, investors, and community count on you to respond quickly, be candid, admit mistakes, and express a plan. Although Commissioner Goodell did do some of those things, his ability to respond to questions with empathy and believability have deeply damaged his credibility. It will be interesting to see if he can survive this. In your business, you may not have the same chance.

Here’s one hint. Practice. If Goodell got advice, it was either not good or he didn’t execute well. You need to be prepared to face the music when it’s your crisis. Make sure you don’t get flagged for unsportsmanlike conduct detrimental to your business. Goodell just got 15 yards and maybe more for his… 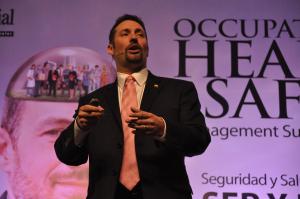 1. Saints to Sinners: Business Lessons from the NFL

3. The Escape and Capture of Captain Jack

4. Too Much in Your Face(book)

6. Worry and Concern: A Blog from Alan Weiss

Today’s announcement of the penalties handed down by National Football League commissioner, Roger Goodell have dramatic consequences for the New Orleans Saints football

team and coaches. For those not familiar with the situation, The Saints were accused, and found guilty of, targeting opposing players (particularly quarterbacks) to injure them and get them removed from the game. The defensive coordinator, Gregg Williams, developed a system (which he used when coaching with other teams) where his players would earn up to $1,500 for hard hits and getting other players injured. Basically, “Bounty-gate” as it’s being termed, was more about bad intentions than hard hits. When it comes to players safety, the NFL has taken a hard-line and made historic decisions.

The defensive coordinator Williams, has been suspended indefinitely by the NFL. It’s a minimum of a year with the chance to re-apply then. He has a new team and this impacts them substantially. The head coach, Sean Payton, who knew what was going on and failed to stop it, was suspended for a year without pay. That’s a cool $8,000,000 (that’s right – six zeros) never to be regained. He can’t appeal. He is an employee of the NFL without a union. One of the other assistants, Joe Vitt, was suspended for 6 games. The club has been fine $500,000, lost draft picks, and lost its reputation. This is unprecedented in the NFL, and maybe all of sports. It is punitive and a clear message to the rest of the teams that this behavior will end.

The reasons for the draconian nature of the penalties? The Saints were warned in 2009 by the NFL to stop bounties. The Saints said okay, but they didn’t stop. Basically, when you lie to an investigative unit, that leads to issues. In addition, the NFL smelled huge lawsuits coming at them and probably felt that they needed to make a big statement in order to show that they are doing all they can to end bounties. They did.

So what does this mean to business leaders? Read on…

1. Head Coach Sean Payton is stunned (Read article by Jay Glazer on NBC Sports). He has just lost $8M he can never get back. He is out of the league for a year. No contact. No decisions on players. Nothing. He didn’t instigate this bounty system. He allowed his defensive coordinator to do it and basically gave him full control. The similarities to Joe Paterno at Penn State are compelling. Payton (basically the CEO) ceded control to a maverick subordinate and stuck his head in the sand. He allowed bad behavior to persist in his organization even after being warned. For that, he ended up getting the deepest blow. He makes way more money than Williams. His reputation was bigger. He has lost big time.  Question – As a leader, do you cede control to subordinates who are highly successful and stop minding the store? Are you willing to “overlook” things because the person who is running it is very successful in other areas? Example – your top sales producer shows poor judgement frequently with clients and potentially can damage your reputation. You don’t do anything because they are your top producer. You risk your reputation and potentially increase your liability.

2. Saints General Manager Mickey Loomis was also suspended for a year. This is your club’s top executive. Payton may have been the CEO, but this guy is all about your talent acquisition. Again, this is a case of not taking bold and courageous actions when you’re smart enough to know you should. It’s easy to say sitting here on the outside, but really tough sometimes when you are in the midst of the fire. Question – Do you take bold and courageous action when your gut tells you what you know is right?

3. Looking at the big picture. The NFL is all about winning today. Now, not necessarily later. Teams will fire coaches, executives, and players at a drop of a hat to win today. Heck, today Tim Tebow (last year’s golden boy and media sensation) was traded by the Denver Broncos to the New York Jets because Denver picked up Peyton Manning. Nobody is safe. The pressure to think only in the moment and eschew long-range consequences may be very prevalent in this environment. Question – Do economic challenges and issues keep you focused only on the now, rather than strategizing and preparing for long-term sustainability?

4. Reputation Damage Control – I’ve heard very little from the Saints today. Maybe they are still trying to get up off the floor. They have damage control to do. It starts with their fans and continues on with the NFL, public perception, and the media. This may haunt them for years as they go to different cities and receive the cat calls, the heckling, the poor press, etc. How does this affect their employees and families? It will have devastating ramifications for a whole lot of people. Question – Do you consider reputation damage when thinking about crisis management? Do you ever think about crisis management?

I have to think that thee will be more penalties levied against players. Lawsuits may pop up. It’s truly a tragic situation. Bad judgement and poor behavior is not relegated to the NFL. It happens daily in business. Although they are purely for entertainment value, television shows like Mad Men and The Office, and cartoons like Dilbert often skim that surface of reality and we recognize it. That’s why we watch, read, and laugh at them. But nobody is laughing in New Orleans or in the NFL offices today. I know it’s a baseball axiom, but there is no joy in Mudville today. Make sure that you learn from others mistakes and avoid a similar fate in your business.